Restaurants Canada and Garland Canada continue their commitment to Canada's thriving and passionate culinary community by showcasing its top emerging talent at the annual Garland Canada Culinary Competition. This year's event will include a virtual and live component, where competitors will have to prove their skills and creativity in front of a panel of esteemed judges. Each round will challenge chefs to craft a dish that reflects the theme of 'Revival' and strike a balance between profitability, quality and sustainability.

The competition's diversity and inclusion mandate will continue to hold 50% of the competitor space for women and prioritize the showcase of BIPOC talent.

Application submissions will be reviewed and judged by a panel of culinary experts from the top culinary schools in Canada. Restaurants Canada and Garland Canada will not be involved in any of the judging.

Applications are now closed - thank you for your interest Vote for Your Fan Favourite

All semi-finalists will be entered for a chance to win a 'Fan Favourite' prize of $500. Short videos of each competitor's virtual culinary demonstration will be posted on the Restaurants Canada Instagram page (@RestaurantsCanada). The video with the most likes at the end of the voting period will be crowned Fan Favourite!

Born in Toronto and raised in Lisbon, Portugal, Julie Marteleira is driven by a passion to create exceptional cuisine with an international flare. Spending her youth in her family’s restaurant kitchen, Chef Julie was strongly influenced by her mother’s devotion to cooking and by her food’s power to bring people together. In 2010, Chef Julie joined Oliver & Bonacini and quickly became an integral part of the team. Most recently, she has served as Oliver & Bonacini Restaurants’ Executive Chef Tournant, guiding the culinary teams at Jump, Auberge du Pommier, and Luma. Now, as Executive Chef of Leña, Chef Julie works to craft dishes that showcase vibrant Latin flavours and unite guests in intimate, authentic and colourful ways.

Chef John Higgins has cooked for the Queen at Buckingham Palace, on the Royal Yacht Britannia, for heads of state in Washington and for celebrities around the world.  Now, John is the director of one of North America’s best cooking schools, George Brown Chef School in Toronto. Since arriving in 2002, John has steered the school through a massive expansion due to an explosive demand in enrolment. With his Scottish brogue, keen wit and passion for teaching, John is leading the way for the next generation of talented chefs. He has traveled the world, from India to Italy and Sao Paulo, promoting Canadian cuisine.

Billy Alexander is a globally renowned and trained chef, tourism ambassador, cultural pundit, and social advocate and The Director of Programs for Culinary Tourism Alliance. His illustrious accomplishments and positions include recurring National Television appearances, Founding Chair of Indigenous Culinary of Associated Nations; Culinary Development Chef for WestJet; recipient of Canadian Culinary Excellence Award; Calgary’s Top 40 Under 40; Advisory board Not 9 to 5; as well former National Culinary Strategist for Indigenous Tourism Association of Canada, and current mentor to countless youth. Billy grew up with food being synonymous with Indigenous communities. He first learned to cook from his mother with ingredients that were provided from the land. He views the land as the “original grocery store.” He formed some of his fondest memories, gathered around food with family and community.

After graduating from Humber College’s culinary arts program in 2002, Laura completed a year-long apprenticeship at Chiado, one of Toronto’s most acclaimed Portuguese restaurants, where she learned her way around the basics and butchery. She then moved on to stage at Jump, Oliver & Bonacini’s long-standing American bistro. She spent four years honing her skills and eventually worked her way up to Chef Tournant. At the same time, Laura’s music career was taking off. In 2007, she and her band took the leap and moved to New York City, where they spent the next eight years recording music and touring the U.S., Canada and Europe.

Now, having returned to Leña as Chef de Cuisine, Chef Laura is excited to be crafting dishes that are close to her heart and evoke such positive memories—from her very first ceviche enjoyed on the beach in Peru, to digging into her Nonna’s fettuccine smothered in homemade passata and Parmesan. 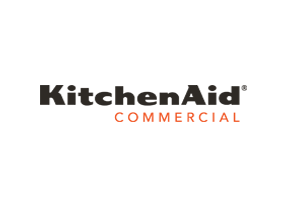 *Due to the change in RC Show dates, the Garland Canada Culinary Competition is moving forward with 10 semi-finalists, as outlined in the rules and regulations.