Breakfast with Champions is Restaurants Canada’s annual power breakfast event where hospitality industry leaders gather to gain data-driven insights, the latest trends, research, inspiration and exclusive knowledge from industry innovators and world-class speakers. Empower yourself and your teams with the tools to innovate and emerge successfully from this period of chaos and change. This is two hours you can't afford to miss!

Thank you to our event partners 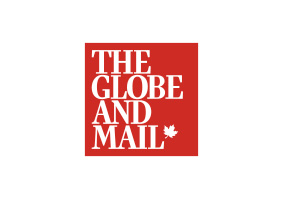 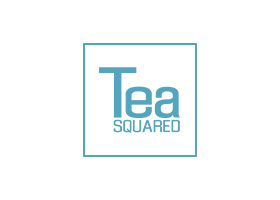 Enjoy a breakfast spread that will revive and delight, whether you're in the mood for decadence, light and refreshing, or something in between. Virtual attendees will receive breakfast delivery powered by Skip The Dishes.

Attendees can also expect a take-home surprise bag of goodies.

Born in Toronto, Canada, Noah began his entertainment career in musical theatre in his early teens. He has since enjoyed a busy roster of film roles, TV appearances, and over 100 television commercials and radio spots.

A deep-dive presentation with two economists who will discuss the current and forecasted future economic climate, inflation, food supply chain, labour situation and the specific impact of these variables on the industry and how to address them for future success.

As the Senior Economist for Restaurants Canada, Chris Elliott manages and produces a comprehensive research program that has made Restaurants Canada a leading source of information for and about Canada’s $93-billion foodservice industry. Chris produces a number of member reports that analyze key industry trends and economic forecasts. Chris has worked with Restaurants Canada for 20 years, has a Bachelor of Arts and Master Degree in Economics and specializes in economic modelling and forecasting.

Jean-Philippe (J.P.) Gervais is the Vice-President and Chief Economist at Farm Credit Canada (FCC). His insights help guide strategy and monitor risk throughout the corporation. In addition to acting as an FCC spokesperson on economic matters, J.P. provides commentary on the agri-food industry through videos and the FCC Economics blog.

In Conversation with Mildred's Temple Kitchen and McDonald's

One of the world's leading chains and an independent foodservice operator will share insights on how they overcome challenges during these difficult times and changed direction to innovate, market and operate in this new norm.

Mildred's Temple Kitchen’s Chef Donna Dooher has more than 30 years of professional experience in foodservice and made her mark on Canada’s culinary landscape as a celebrated chef, caterer, TV personality , cookbook author and restaurateur. She has been a prominent part of Toronto’s restaurant scene since she opened much-loved Mildred Pierce Restaurant in 1989, followed by Cookworks Cooking Studio which parlayed into a popular Food Network show called Cookworks. Donna lays claim to introducing brunch in a big way when Sundays were just a day of rest which resulted in her award winning cookbook Out to Brunch. Donna’s latest venture Mildred’s Temple Kitchen is a showcase for her passion for locally sourced, seasonal ingredients, simply and sumptuously prepared. Donna is always actively involved in Canada’s hospitality community and a self-proclaimed ‘fork hugger’ dedicated to supporting Ontario farmers and local agriculture. Donna served as both the Chair and CEO of Restaurants Canada and is currently National Chair of Taste Canada.

A seasoned transformation executive with a proven track-record of leading technology and business change at a number of Canada's leading companies. Lara has passion for and a solid command of consumer technology and innovation across mobile, digital, and social media, e-commerce, and emerging technologies. She also has deep experience in evolving traditional business practices into technology driven models and orchestrating organizational change across people and processes. Acting with the drive and innovation of an entrepreneur, Lara has consistently built, developed, and led high performance teams that deliver superior results. McDonalds has become part of the Canadian Fabric, responsible for employing 100,000 people from coast to coast, serving close to three million guests every day in Canada and spending almost 1 billion dollars on food where 85 percent is purchased from suppliers in Canada.

How do you market for success in a post pandemic environment, when the world’s media consumption habits have changed so dramatically? Learn how audiences consume media differently now, how influencer marketing has become mainstream, why traditional media is being replaced with data driven campaigns including examples, and how to amplify social through collaboration, talent, technology, audiences and partnerships.

New York Times bestselling author and award-winning innovation expert Jeremy Gutsche will share why he believes the Roaring 20’s are back. Throughout history, periods of crisis have consistently led to periods of chaos and opportunity because people start making up for lost time, taking risks, and trying new things. For you, this means that you could turn 2023 and beyond into the most significant career opportunity of your lifetime. This year's keynote will study 2023 trends and lessons from history to help you emerge successfully from this current period of chaos.

Jeremy Gutsche, MBA, CFA, is a New York Times bestselling author, award-winning innovation expert, "one of the most sought-after keynote speakers on the planet" (The Sun Newspaper), and the founder and CEO of Trend Hunter - the world's #1 trend website and innovation consultancy with over 3.5 Billion views and 10,000 projects completed. His team is relied on by 1,000+ brands, billionaires, CEOs and world leaders to make innovation and change happen, including Google, Sony, Disney, Pfizer, Starbucks, Coca-Cola, IBM and Adidas. He's even helped NASA prototype the Journey to Mars.

As a top innovation keynote speaker, Jeremy has the #1 most-watched innovation keynote videos on the internet, inspiring over 35,000,000 people online and 535,000 people at 713 live events. Over 300,000 business leaders subscribe to his . Prior to Trend Hunter, Jeremy grew a $1 billion portfolio for a bank, studied innovation at Stanford, completed an MBA from Queen's University, earned an honors degree from U of C, where he was awarded Graduate of the Decade. Routinely sourced by the media, Jeremy's broad appeal ranges from The Economist and CNN to WIRED and The New York Times. He has been described as "a new breed of trend spotter" by The Guardian, "an eagle eye" by Global TV, an "Oracle" by the Globe and Mail, an "intellectual can of Red Bull" by Association Week, "the rockstar of keynote speakers" by Meetings Professional International and "on the forefront of cool" by MTV.

Canada’s foodservice industry is powered by passionate, innovative and creative people, from business owners and chefs to frontline staff and suppliers, and the many others who team up to serve more than 22 million customers every day who eat out daily. Join us as we present the RC Leadership, Culinary and Social Advocate awards to this year’s outstanding industry professionals.

Restaurants Canada State Of The Nation

How to Influence Your Audience's Behaviour

In-person attendees will receive the latest Trend Hunter report and a copy of Jeremy's book, Create the Future: Tactics for Disruptive thinking

This 360-page bestseller is loaded with the same tactics, tools and frameworks that Gutsche's team uses to accelerate 700 of the world's most powerful brands, billionaires, CEOs and NASA.

In short, you are capable of much more than you think, and our current period of chaos in presenting you with a unique window of opportunity. COVID-19 has entirely reshuffled the deck and changed consumer needs. Millions of businesses have already been disrupted, many more are about to fail, and yet new consumer needs are creating an opportunity that could reshape your future.

Breakfast With Champions will enlighten you on how to embrace times of chaos and crisis to innovate, market for success and see new opportunities. Learn how leaders in the industry have done this and how you can embrace these ideas to win both personally and as an organization.